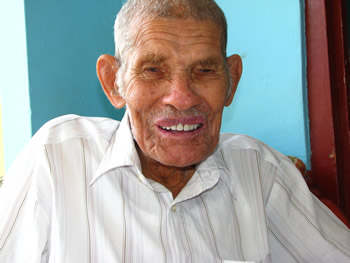 This month's Profile we view Hartwell Radford Moxam. A most prestigious and renowned individual, my grandfather, Hartwell Radford Moxam, age 88, was born on March 24, 1922 to parents Alice and Norman Moxam. Hartwell shared presence in the household with 12 siblings, eight of whom are deceased and four alive presently.

Growing up in the peaceful district of Sandy Bank, he brought joy and laughter to many who knew him and still does up to this day. Hartwell is happily married to Edna Moxam and shares 12 children, one of whom is deceased; 26 grandchildren and 37 great grand children. His favourite colour is red and his favourite dish is fried fish and bammy.

When asked about what life was like growing up in his district or community he commented that life was great; there were more happiness and less crime and violence. As a child growing up he enjoyed fishing the most which helped him on into his lifelong career choice of becoming a fisherman. Fishing was one of the fundamental factors of making a living in those days and at that time fish was plentiful.

One experience that stands out in his mind is when he saved the life of a drifting man in a boat and brought him to Great Bay Beach in which he then stated that saving the life of an individual is a Godly action and an overwhelming feeling as not many could handle such a task. He was then asked what he likes about Treasure Beach and he commented by saying it is a quiet and loving place. However, he believes that Treasure Beach was much better in his days because of the increase in crime and the high cost of living nowadays.

Some of the changes he would like to see made in Treasure Beach is a change in the fishing pattern, increase in garbage collection and better use of community from what is today. He ended by leaving the true advice to the youths of Treasure Beach to be peaceful, loving, kind and live in harmony with each other and to always put Christ first as with Christ all things are possible. 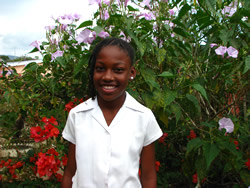 Please add your comments or messages for Hartwell Radford Moxam below:

Very nice Vishanie Pearce May God Bless all your studies.

Looking good Mr.Maury.It is always a pleasure running into when I visit my Aunty Lucy.You always have something positive to say.

HEY!my loving father luv u so much...luv u too vishanie u r a sweety my niece..

Well done Vishie so proud of you this is an excellent profile... i love my grandfather so much he is one strong old guy filled with love an laughter, always has something funny to say never had a down moment hanging out with him and my grandmother... he is so wise and is always saying something of encouragement...love him dearly...

looking Good As Usual papi ,oh how how i miss being around you and Grandma two of the funniest old people to be around ..i love you x555678666666 mwaaah!

Uncle Hartwell is a favourite with most of his nieces and nephews! You can't help having a smile or (more likely) a good laugh when you think of him or when others mention him. His jokes and tall tales are too numerous to mention.
Speaking of which; I wonder if he's wearing his bush jacket shirt today! (Sorry folks, that's a family joke!)

Beyond the jokes, however, it is important to note that, like his brothers, he was a very hard worker, doing his best to care for his large family. He undoubtedly has the distinction of being one of the longest serving fishermen in Treasure Beach. He kept going way beyond the age that most retired at, and that bore testimony to his strength and pride in his ability to take care of himself.

He has survived all his brothers and I look to him for much of the family history I love so much; and while the body is no longer as agile as it used to be, that humorous tongue of his has certainly not slowed down one bit!

Mr. Murrie,you are one of the senior citizens of Treasure Beach who is highly respected and loved. Your words of advice and remarkable sense of humour cannot be forgotten. It is good that you could be profiled. Good job Vishanie.

Every time I go back to Sandy Bank one of my first stops is to see Popi. I fear the day I return and find that he's joined his brothers but, for the time we have, I will continue to enjoy his stories and his easy laugh.

Vishanie-
Good job profiling your grandfather! It's nice to see my beloved Uncle Hartwell given this honour. "Mr. Morrie," as we fondly call him, was the family jokester. What I loved about his jokes was that he would start laughing before he could get them out! So we ended up laughing before we actually heard what was funny! And like Earl says, his tales were tall! But he was also good with a metaphor. One of my favourite lines of his was when he would be telling my dad (his brother) of some wrong or another that someone had done to him; he'd conclude by saying, "Time langa'an rope, Maas Carl.
God bless, you, Uncle Hartwell.
Love,
-Mar